FF – Cleanliness Above All

Sandra Crook provided this week’s photograph. I’ve wondered some way from it, and not in the direction I originally started, with my story below. Your comments are welcome.

Initially, Simeon hoped Elenora might be an ally. “I don’t approve of slavery,” she said. “I have an honest, local girl myself.”

But it transpired “local” meant English and as for “honest”, the maid was apt to pilfer coins to buy ribbon, and would be dismissed once a replacement could be imported.

“I like to know her hands are clean.” Elenora flicked a suspicious glance at the pristine plate set before her. “And she speaks the language.”

“Presumably the cotton was picked by the only English plantation worker on the island,” Simeon thought.

This week’s prompt comes from G.L. MacMillan. I found it a challenging one to get an idea for and now that I’ve had one (and wrote it without an internet connection), I can’t find the information online to support the story or my explanation. So I’ll add an extroduction after the story for those interested. Your feedback is always welcome.

Wilf sipped his whiskey, feeling it claw down his throat and cauterise the scars. The grandkids were downstairs – sat round the table like they were reading his Will and talking about selling: numbers that meant nothing to Wilf. Numbers with more zeros than sense.
It was his, of course. He’d bought it fair and square, when whiskey was liquid gold and islands kept you neither warm at night nor sane underground looking for the hard stuff. It was his, this island, and they’d have to bury him under it before he’d let them sell it out from under him.

I remember hearing, on a tour of the Thousand Islands, the story of islands being bought and sold for the price of a bottle of whisky. Even if they are exaggerated, such stories always intrigue me, because they are such clear evidence of how value is not intrinsic. Land is worth a lot more now than it used to be, but whisky is also worth a lot less.  In Cambridge (UK), where I studied, there was a story of a wealthy benefactress leaving all her silver to her favourite college and her land to another. Again, brief research isn’t enough to confirm the details, but if memory serves, it was Lady Margaret Beaufort and the colleges Christ’s and John’s respectively. At the time, she considered silver by far the more generous gift, but it’s the land that is now the priceless asset.

My story above is a reflection of another musing on this subject, namely how the changes must appear to someone who has witnessed them. A few of my elderly neighbours bought their homes for a few thousand dollars. Of course, a few thousand dollars was a lot of money then, but not as much as the $500,000+ they’d get if they sold it is now. How must it feel to witness that sort of inflation, and how much more to witness the paradigm shift Wilf has seen?

When I saw this week’s photograph, my first thoughts turned to suicide notes. Perhaps it is the Robin Williams news that took my mind so readily in that direction; I don’t know.  I resisted it though, partly because I suspect others might have had a similar idea, and partly because an old desk has another meaning for me. The story that follows is almost all fiction, but there’s a grain of truth in it, and if I could find the real note that inspired both the story and the author (tucked away somewhere; I assure you I haven’t lost it) I’d have copied its wording more faithfully.

Thanks to Rochelle for hosting us, and her husband Jan for the photograph. So rich with elements, it could have inspired 100 different stories. Oh, wait, it probably has!

When I opened the desk, it held a note.

Dear Little Friend, I have served faithfully for generations. Now a new chapter begins: we will make great discoveries together, I am sure.

With it was a photograph of Grandpa sitting at the desk, writing. I often looked at him or the note when homework, characters or life had me stumped.

The note and photograph are tucked into a drawer that’s always lacked a handle. The Universal Author calls me to my epilogue now, but my Grandson will find them when he is ready and another chapter will begin with him.

In haste this morning as there are still mince pies to eat and presents to open, but I couldn’t bring myself to miss a FF prompt! This week, Rochelle has presented us with the photo below, taken by Doug MacIlroy. I’d welcome your comments on my story. And if you’re got extra reading time and missed either of last week’s stories, I would love for you to nip back – they are two of the pieces I’m most proud of from this year.

Have a great Boxing Day! 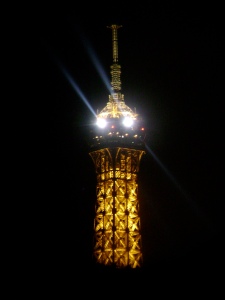 The boy Frederich arrived in Saint-Etienne with the Volkssturm; a girl called Aimee made the man return. But a happy marriage and five popular children hadn’t won over his neighbours. Women spat as he passed, the men turned away or shouted obscenities.

“Doesn’t it upset you?” I asked him once.

“Why?” The slightest accent tinged his perfect French. “I did bad things in this village and a hundred others. My father taught me to resist abuses of power, and yet I conscripted to save my skin. This is the living death I chose the first time I raised my gun.”

For more about his father, and a hint about how this connects to the photo, click here.

And apologies for the lack of accents on Etienne and Aimee – I can’t work out how to make wordpress display them.

Inspiration Monday – A History In Scars

It’s so exciting to be writing again. I’m sure I should be doing a thousand other things, but it’s so nice to be writing. And to have such great prompts to write to – this one is from Bekindwrite’s Inspiration Monday series. After yesterday’s darkness, there’s a patch of light in today’s story. I’d love to hear what you think of it.

And while I’ve got your attention, here’s wishing you a fantastic Christmas, whether you celebrate it or not!

A History In Scars

Gerry traced a finger across Ellen’s stomach. Blue lines like tiger stripes coursed down her flesh, but it was the horizontal white one that caught his attention. The tiger stripes were slightly softer than the skin around them; this one was the opposite – a firmer ridge under his finger. He tried not to dwell on it.

He could stretch his hand out and cover the entire thing. That’s how small a newborn is. Small enough to fit in the palm of your hand. He loved kids; he’d love to raise some of his own with Ellen. And he had long since accepted that dating at his time of life often involved ready-made families, but in almost six months together Ellen had never made any mention of having a child. She lived with her parents and little sister, Hope: a five year old late-arrival into the family on whom Ellen and her parents doted.

Ellen shifted under his touch. “Go on,” she whispered. “Ask.”

Ellen remembered that day in a haze of sadness and pain. She’d gone for a routine scan, but the doctor said her baby’s heart was slow and they needed to get it out. She’d been in surgery less than an hour later, her mother holding her hand, her father pacing outside.

“It’s just like when you were born,” her mother had said softly, a smile on her lips but tears in her eyes. It was, of course, nothing like when Ellen was born. It should be the baby’s father pacing outside, not the mother’s.

Ellen turned her head to face Gerry. “I know you want to.”

“It’s OK,” he replied, looking away from her face. A second white line appeared there. Not like the clean incision he’d been touching; this one was jagged and angry. It slashed up her cheek, over her eye and stopped in the middle of her forehead. He knew this scar well – he had seen it every time they met and he’d heard the story of the man who put it there. Gerry was delighted when Ellen had finally agreed to spending the night together. She had every reason never to trust a man again.

Last night, over dinner, he’d been amazed at how much her family saw past the scar, even Hope, who couldn’t have ever known Ellen without it. They all saw the beautiful woman behind it. That was the Ellen he saw too, the one he had fallen in love with. Unlike his ex-wife, who was flawless on the outside, Ellen kept her perfection hidden away.

“What happened to the baby?” Gerry asked softly. “Did you have it adopted?”

“I was going to, but when they took her out, she wasn’t breathing.”

Gerry let out his breath slowly. “Perhaps it was for the best,” he said. He couldn’t imagine how Ellen would have felt raising the baby of an abusive partner.

“She fought so hard to be with us, I couldn’t let her down after that.”

Gerry felt the breath catch in his throat again, but he waited. Ellen would tell him when she was ready.

“Hope.” Ellen whispered. “When she’s old enough to understand, I’ll tell her. Perhaps she will want to stay with me.”

“With us,” said Gerry, pulling Ellen towards him. “If you’ll both have me.”

It’s NaNoWriMo, so I’ll keep this short. Further to my post praising the development of the English language, here’s someone else singing how I feel about the flip side of that debate.